Within theaters, movie posters are quickly becoming an advertising medium of the past. While they used to be effective in luring moviegoers to the theater, digital signage has made them seem dated and dull. The drawbacks of using movie posters to advertise upcoming films is that the posters are static, costly and can easily become useless when consumer tastes change (which happens quickly in the movie business). Digital signs attract attention. Once installed within a theater, they can be a cost-efficient way to market to a captive audience. Below, we’ll explore how movie theaters are using digital signage to increase their revenue, encourage customer loyalty and react quickly to consumer preferences.

Digital Signs At The Concession Stand

When moviegoers visit a theater’s concession stand, they effectively raise their hands and identify themselves as willing customers. Digital signs can be placed throughout the concession stand to advertise drinks and food items. Because these purchases are mostly impulsive, it’s a prime opportunity for theater owners to cross-sell or upsell customers. A customer can be easily encouraged to add a bag of candy when ordering a bucket of popcorn. They can be enticed into ordering large drinks for a family rather than medium-sized drinks.

Consumers’ movie preferences can be fickle. They can change as a result of a star’s recent public escapades or a well-executed media blitz. Action movies may be popular one week and romantic comedies the next. This is the downfall of using static movie posters. In addition to the high cost of designing and printing the posters, their “shelf life” is unpredictable. If an upcoming movie’s star loses public support, the poster can become a drain on the theater’s available advertising real estate.

Digital signage has a key advantage in promoting current and upcoming movies while having the ability to react to the public’s fickle tastes. If a movie (or its star) falls out of favor, the signs (message boards, LCD screens, plasma TVs, etc.) can be changed quickly to market other movies.

Moviegoers are essentially a captive audience. Once they enter the theater, they don’t leave until they have watched the movie. During that time, they may wait at the concession stands, loiter in the hallway before entering the auditorium, or visit the restrooms. This provides theater owners with the opportunity to market to a targeted audience.

Marketers know that once a customer has purchased an item (in this case, a movie ticket), they become a more valuable prospect for additional products or services. Digital signs can be used to leverage this opportunity. They can promote food items sold at the concession stand, upcoming movies and other products sold at the theater.

While installing a network of digital signs throughout a movie theater requires an upfront investment, it can significantly lower the cost of marketing to moviegoers. Messages that promote movies and concession items can be displayed to an audience which has demonstrated a willingness to spend money on similar products. That can have a considerable impact on a theater’s revenue.

Digital signage also allows movie theater owners to react quickly to consumer preferences. By controlling the network of digital signs from a computer, the content that is broadcast on the signs can reflect trends and tastes in real time. While movie posters will likely always have a place in the promotion of films, theater owners are discovering that digital screens are a more effective use of their limited advertising real estate. 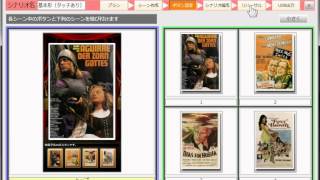